The number of people over age 65 using marijuana is increasing faster than any other age group, but

More and more older people are turning to cannabis for their ailments, because it can soothe the symptoms of problems like arthritis, Parkinson's, and chronic pain. A new study suggests that the number of people using marijuana is increasing faster for those aged over 65 than for any other age group, but they come up against many barriers when trying to access it.

"Older Americans are using cannabis for a lot of different reasons," said Hillary Lum, an assistant professor of medicine at the University of Colorado School of Medicine and coauthor of the study. "Some use it to manage pain while others use it for depression or anxiety."

But the study, published this month in the journal Drugs & Aging, found that a lack of research, unclear communication with doctors, and a reluctance to be honest about its use due to stigma, are all stopping older people getting the products they need.

Researchers interviewed 136 people over the age of 60 in 17 focus groups across 13 counties in Colorado, and found that older people don't always feel comfortable asking for a medical marijuana license from their doctors. This pushes them towards buying from the black market instead.

Other respondents said their doctors refused provide them with the certificate required for obtaining medical marijuana, and they suspected it was because they weren't educated on the latest research.

Cannabis products can be an important alternative treatment for many older people, who are often taking many different types of medications that can have unpleasant and harmful side effects.

"From a physician's standpoint this study shows the need to talk to patients in a non-judgmental way about cannabis," said Lum. "Doctors should also educate themselves about the risks and benefits of cannabis and be able to communicate that effectively to patients."

Barbara Buck, a realtor in her 50s, started growing cannabis when it became legal for medical use in her state. She told INSIDER she's an "avid gardener," so thought she might as well give it a try.

Buck said she used cannabis herself to help with sleep and menopause symptoms, but has also converted many people in their 60s and 70s towards cannabis for pain, depression, and anxiety.

"The main reason I grew Cannabis [is] to help people like it has always helped me," she said. "The only reason I stopped was due to moving to a house that wasn't as suitable for growing. My goal is to move to the country in a couple of years and start again!"

She said she's noticed the taboo surrounding cannabis has shifted immensely in the last decade, but she still is hesitant to be open with everyone about the fact that she uses it herself. Nevertheless, she thinks marijuana should be legal worldwide, because you can't overdose on it like opioids or alcohol — addictions that millions of Americans suffer with.

This was mirrored in the results of the new study. Participants thought more negatively towards recreational cannabis than medical cannabis, but they also felt more favorably towards it than alcohol.

One concern Buck has, though, is about over-regulation from the government.

"I believe it will go federally legal very soon in the US in part due to the last Farm Bill that was passed," she said. "Now that the government sees how much money there is to be made they will do whatever it takes to get a piece of the pie." 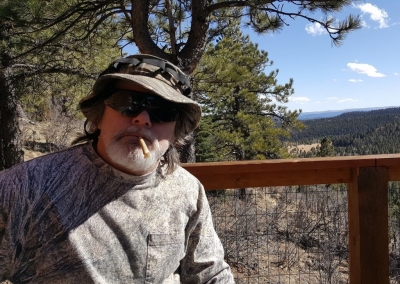